Show Me What You Got Night

Let’s talk prototype! This February meetup is the sequel to the “Hardcore Hardware” meetup in October. Every million-dollar device started off as a prototype or POC, which is often constructed using hardware, connectivity and platforms that are provided as freemium starter kits.

We will showcase 1 or 2 prototype-stories from our community: you!

Let’s inspire each other by sharing a project you are working on or have been working on in the field of IoT. In an “Eva Jinek” setting our host will interview 1 or 2 makers about their project. The conversation will evolve around questions like: What was your initial idea? How did the design change based on the learnings from your prototype? Why did you prototype in the first place? Which devices, connectivity and platforms did you choose for your prototype?

IoT Academy partners KPN and Alcom will give a short introduction to the most used prototyping components and the renewed KPN Things Portal, which now also includes M2M connectivity.

So let’s inspire each other and kickstart our prototyping, using the newest and latest. See you on February 18th?

PS: if you enroll for the event, you will be asked two questions:

1 - If you’d like to showcase your prototype, you can check that box during your enrollment. We will get in contact with you to do an intake and will select the three or four projects that are most interesting and complement each other.

2 - this meetup will be a discussion/interview. We prefer to do it in Dutch as this will improve the quality of the interview and discussion. But our experience is that these kind of meetups usually attract a considerable amount of non-dutch participants. So we’d like to know upfront if you’d rather prefer an English spoken event. Based on the applications we will decide which language will be spoken during the event. 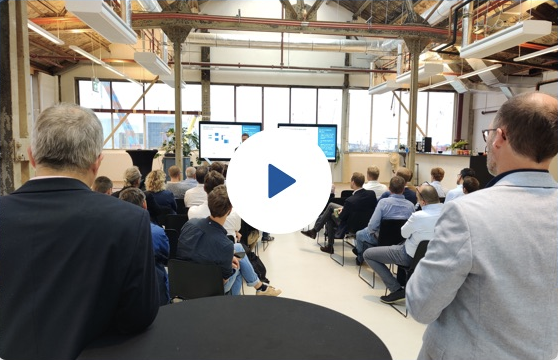